HOME / Blog - Data Is Life / #NFPGuesses: A Recap and a year's summary

#NFPGuesses: A Recap and a year's summary

Swing and a miss! But this time it’s a surprise in the opposite direction - I was 80,000 jobs too short.

Here’s what the distribution of guesses looked like for this month’s go-around:

One thing I’ve noticed is the remarkable consistency of the average guess. I’ve plotted out all of the rounds of #NFPGuesses from February to today, and notice how average has come out at around 225,000 each time.

As you can see, the average of guesses has been remarkably consistent, even when the actual numbers are not:

It looks like the median twitter armchair economist is consistent, and consistently optimistic. In an average month, an average twitter user will guess +222K, which is higher than the actual jobs figure of 205,400.

I want to keep my blog fresh, but I might have another post or 2 with insights I’ve gathered from looking at this particular trend. So stay tuned! 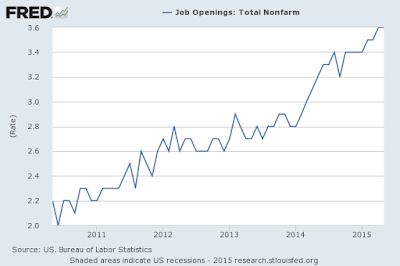